A robust, growing economy is what politicians and citizens alike want, in part because growth hides the many problems that stagnation reveals (where stagnation is considered less than 2 percent economic growth per year).

Economists prescriptions for economic growth (3 to 5 percent annually) depend heavily policies and actions that they hope will drive productivity (and workers’ income) growth. Politicians then dutifully implement policies and hope that growth follows. These policies include raising or lowering interest rates (monetary policy), taxes (e.g. tax credits to business for R&D and innovation), and government spending (fiscal policy). Freer markets and smaller government are a cornerstones of economic thought in relation to both productivity and rapid economic growth. The problem is that these policies, which have been in place for many years, seem do nothing to increase productivity – but they usually do increase supply for which demand does not exist – and therefore have little impact on economic growth. 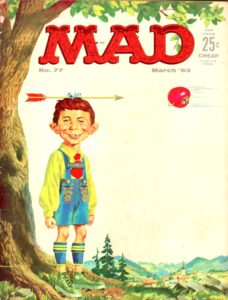 Simply put, economists do not know how to fix declining productivity growth. Why not? Some of it has to do with economists understanding of the production of goods and services. Generally, oversupply of goods (and services) is considered to be a good thing, and their policies support over-production. Batch-and-queue processing, closely associated with overproduction, is the economist’s method of production. They do not understand flow, nor the merits of reversing production from push (supply-driven) to pull (demand-driven). The perpetual large mismatch between supply and demand due to batch-and-queue processing is obviously a significant drag on economic growth because vast sums of capital are tied up in inventories or excess capacity.

Have a look at U.S. Government data on manufacturing inventories and the inventories-to-sales ratios. Despite all the improvements in information technologies, real-time data gathering and analysis, Just-in-Time, process improvement, performance metrics, and so on over the last 30 years, the inventory-to-sales ratios show that inventories in 2015 and 2016 exceed sales by 25 percent to more than 50 percent. Economists like to say that the economy is strong when inventories are high. What!?

As Lean people, when faced with a stagnant microeconomy called “the company” (low productivity, flat or declining sales, etc.), we rush to improve processes and create flow. And what do we find if efforts to improve processes are done correctly (i.e. “continuous improvement” and “respect for people”)? We find that it reduces costs (i.e. eliminate the triple-taxes of waste, unevenness, and unreasonableness), improves productivity (higher output using the same level of physical and human resources), as delivers many other favorable knock-on effects as well. One of the biggest impacts is a large reduction in costly inventories, which frees up capital that can then be deployed to develop new products and grow sales.

As Lean people, this is no surprise to us. It is how you convert ordinary microeconomic (corporate) performance into extraordinary microeconomic (corporate) performance. Remarkably, this is a surprise to economists. They see Toyota’s production system as nothing more than a minor tweak of batch-and-queue processing, when, in fact, TPS (and flow) is revolutionary. This includes all 78 famous economists who have won the “Sveriges Riksbank [Swedish National Bank’s] Prize in Economic Sciences in Memory of Alfred Nobel” (it is not an actual Nobel Prize).

Chapter 2 of REAL LEAN: Unsolved Problems in Lean Management, Volume Six (2010) is titled: “Where are the Lean Economists?” On page 77, I said:

“Lean management has always been at a disadvantage compared to conventional management. This is in part because economists have never truly understood flow; not for almost 100 years, since the time of Henry Ford’s Model T. That is a long time to have your head in the sand. It seems that few economists have actually had front-line operations experience, and fewer still, if any, have had experiences designing flow production (processing) systems or operating one as a cell leader, for example. That is how they would really learn the technical and economic benefits of flow.”

“Leaders do, however, have control over their micro-economic environment – quite a bit, in fact. If the macro-economy is destined to go haywire every five to seven years (boom-bust cycles), the obvious solution is to become more flexible and greatly improve one’s abilities to respond to changing circumstances. That means, they would transition away from supply-driven methods of producing goods and services, including the accounting and finance systems, metrics, policies, and procedures that support it. They would adopt a demand-driven method of producing goods and services, and the accounting system, metrics, policies, and procedures that support it. This would be a smart thing to do, if for no other reason that the organization’s management system would be aligned with the competitive buyer’s markets that they serve.”

We know how to dramatically improve productivity and achieve stable long-term growth in a business using Toyota/Lean management. The macro-economy is in many ways different than a micro-economy of a company. Yet, there are similarities in fundamental problems and countermeasures that could apply. Economists failure to understand Toyota/Lean management do a great disservice to their profession and to society. Where are the Lean economists to drive awareness of a competing method of production that would be good for both the economy and for society?