Every once in a while I run into a leader who brags they on the cutting-edge of Lean management. He inflates himself and his accomplishments to anyone who will listen. 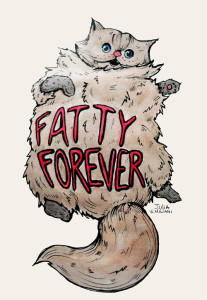 Behind the big ego and skillful manipulation of appearance, there are a multitude of wasteful behaviors. Sure, there is evidence of continuous improvement. But I break the news, politely, that they are actually far behind cutting edge and will remain there until the boss sheds his wasteful “fat behaviors.” Without this, the self-proclaimed progressive leader will exhibit fat behaviors forever.

Those who believe in human potential – that people are capable of great things – are truly saddened by such a situation. For me, it is a deep, heartfelt sadness because I know improvement, in this case, is not possible. The leader ignores reason, facts, and history.

It is impossible to convince the leader that the evolutionary function of psychopathy has no utility in modern human interaction in business.

Despite this, I still try, hopeless as it is, because my heart and sense of duty compels me to. So, I inform him that Lean – REAL Lean – is much more than what he thinks it is. It is a solution for information flow problems, which his behaviors disrupt. For it to work, the “Respect for People” principle must be put into practice. Done correctly, Lean management also improves human health in organizations – but not if people fear the boss, one who creates a chronically stressful work environment.

My attempts to help such leaders comprehend the larger meaning and intent of Lean management, and how “Continuous Improvement” and “Respect for People” are interdependent, are usually thwarted. Why? He is blinded by his own behaviors, which he considers virtuous and which I see as waste.