In Search of Lean CEOs 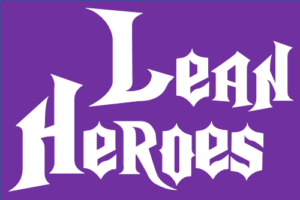 In business, the word “unicorn” means a startup company that has a billion-dollar valuation. Unlike the mythical beast, unicorn companies do exist but are rare. Much like unicorn companies, Lean companies are also rare, as are their CEOs. Lean companies are a different kind of company and Lean CEOs are a different kind of CEO. Unlike their peers, they eschew the accredited model of good executive leadership: no problem is not a problem, don’t go to the genba, don’t waste time developing people, there is little more that is useful to learn, individualism, selfishness, wealth-driven purpose, and so on.

There is an assumption, supported by a large body of empirical evidence, that the Lean transformation process must be led. The top leader, president or CEO, must be dedicated to learning and consistently practicing the leadership and management principles and methods to serve as the role model that generates employee engagement and transformation throughout the enterprise. Taking this assumption to valid (and the fact that workers do not demand Lean management), it means that the survival of Lean as a management practice and as a movement relies on finding Lean CEOs. That puts Lean on precarious footing. It seems unlikely that a handful of heroic Lean CEOs who may exist at any point in time could do more than generate additional success stories to read about.

What is the process for finding Lean CEOs? Based on my observations for more than two decades, the principal process seems to be a “buckshot” approach — try anything and hope you get lucky and find a CEO who is all-in for Lean — rather than a targeted process. The buckshot process includes people currently in top positions, as well as grooming those in lower positions who may someday become CEO.

In my view, the searching for Lean CEOs is an admirable task, but one which does not deliver the needed result. The bar was set too low and imagination and creativity has been idled. The Lean movement remains dependent on heroic CEOs — the so-called “Great Man” theory of leadership that is now over 175 years old. It is ironic that modern progressive Lean management would rely on an antiquated theory of leadership. This should be a great embarrassment, but somehow it is not.

The fundamental mindset required to lead a Lean transformation is the embrace of change (every process and more) and evolution in real-time. Yet business is tradition-bound and therefore time-delayed when it comes to change and evolves only slowly. Therefore, it aggressively weeds out leaders who do not respect valued traditions or who attempt to overturn them. Experience has taught us that embracing change and evolving in real-time has almost no value to classical management CEOs because they can find ways to make money whether in success or in bankruptcy.

The basic challenge remains: to improve the practice of leadership and management. The method for doing so may have to acquiesce to the twin demands of business traditions and the institution of leadership — at least until these stout defenses weaken naturally over time or are made to weaken through new and creative means.