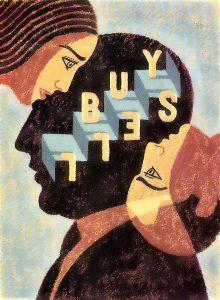 For many years, a large army of dedicated people have toiled to sell Lean management to the top leaders of businesses. Many different approaches have been tried, yet all have yielded virtually the same results. In most cases, we have been unsuccessful in selling top leaders the entire management system. Success has been limited to leaders buying only parts of the Lean management system – various tools and methods that can help improve problem-solving, productivity, quality, lead-times, and reduce costs.

Our collective failure to obtain large number of buyers for Lean management tells us two related things about senior leaders:

After more than three decades, the reasons for this have finally been illuminated in great detail, along with some potential countermeasures (see 1, 2).

Our collective failure also tells us that accepting the duty or responsibility to convince top leaders of the merits of Lean has been a foolish undertaking. In truth, the onus is on leaders to embrace Lean. Because they are responsible for the financial and human fate of the organization, it is clearly the duty and responsibility of leaders to take the initiative to search for and embrace a better management system. If they don’t perform this basic task, then they are leaders in name but not in their actions.

Senior leaders resist Lean because they have much to lose; much of what they lose is real and some is imagined. The various losses run deep and are securely interconnected, which leads to a firm commitment to Classical management — a highly developed form of “inequality maintenance (and “unfairness maintenance”) that is purposefully perpetuated to maintain leaders’ economic, social, political, philosophical, and historical rights and benefits.

The evidence clearly informs us that interest in Lean is only to the extent that it can be used to preserve their vested rights, power, and control, which is rooted in 17th century Natural Rights. There is a determined, purpose-driven sublimation of Lean management into diluted, weakened, degraded, or contaminated forms that are acceptable to top leaders (see Note, below). Therefore, change management for top leaders is a completely different problem than change management for lower-level leaders and followers.

Strip away all the Japanese stuff, and you will find that de facto is the essence of the Toyota Production System and The Toyota Way. Toyota developed various methods and tools over the years that make people face reality so that the facts cannot be avoided, and so that rapid action is taken based on the facts – in all levels of the hierarchy, from worker to president.

Toyota’s long-term commitment to de facto, and resultant business success, also reveals a much deeper level of caring for the business and its stakeholders that is nearly impossible to find in other big companies. de facto is what makes possible the many innovations in management thinking and practice, as well as leadership, that Toyota has created over the years.

Toyota flirted with de jure under former president Hiroshi Okuda (1995-1999; chairman until 2006), which lead to disastrous results. Despite this aberration, it is remarkable that Toyota management has been able to prevent a complete takeover by de jure given the powerful influence of the Western economic system.

Toyota leaders grow up in a system that values de facto. Top leaders in other companies grow up in a system that values de jure. To get such leaders to accept de facto in place of de jure has proven to be extremely difficult, though not impossible. It is heartening to see the few (mostly small) companies in which senior managers have been able to accept de facto thinking and routines. We wish there were a lot more leaders who took the initiative and volunteered to be different, no matter the size of the company.

Wishing, however, will not do anything to propel change. Likewise, our best hope – training leaders in the Toyota Production System and The Toyota Way (or Lean management) – has done little to gain more buyers and propel wider change. The leaders of the Lean movement seem poised to continue in the direction they established decades ago. That means they remain committed to doing more of the same types of selling, which is broadly recognized as having been largely unsuccessful.

Top leaders who volunteer to be different yield periodic small wins for the Lean movement. Is that the best we can do? I don’t think so.

Note: As one business leader committed to Classical management said, and which likely reflects the sentiment of many other business leaders (paraphrasing): The Lean movement is a factory that mass produces assholes — people who claim to know the facts, the truth, and the way to prosperity. They tell me how I should think, what I should do, and that I am wrong about everything. I’m not buying it.