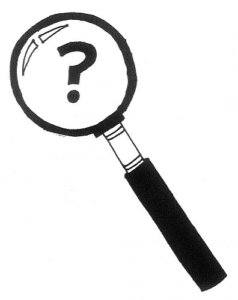 While James P. Womack (Lean Enterprise Institute) and Daniel T. Jones (Lean Enterprise Academy) were the principals leading efforts to promote Lean, other organizations, such as the AME and the Shingo Institute, also did not recognize “Respect for People” as a requirement for the practice of Toyota-like progressive management. Many others missed it as well, both academics and practitioners – though there were some notable exceptions.

LEIs awakening finally began in late 2007 – an amazing lag of seven years after Toyota published The Toyota Way 2001 internal document – but it did not become a force until after 2010, and especially after 2014 when the book Lead With Respect was published. Why then? Why not from the start? After all, the information needed to know that “Respect for People” was a requirement was long in existence. For decades, Womack and Jones had access to dozens of top Toyota executives, Toyota documents, and many other resources. All the clues, hidden in plain sight, were ignored. Why? How could the social scientists, Womack and Jones, have missed the human element of TPS, “Respect for People?”

In my own work beginning in 1994, I found the need to respect people as obvious almost from the start, in part by simply recognizing that workers will not participate in kaizen if it costs them their job. Also, sensei from Shingijutsu taught us, on day 1, the importance of respecting people because workers are the wellspring of ideas and action. My understanding of “Respect for People” has evolved greatly over time and has been central to my work and to my understanding of continuous improvement and flow. And I soon recognized the need for a different approach to leadership, one that respected people and which results in improved creativity and information flow. You can read about that here (click here to read a more comprehensive explanation of what it means to lead with respect). Remarkably, “Lean leadership” did not become a specific item of interest within the Lean community until 2007.

James Womack spent time with Shingijutsu sensei in the early 1990s and should have learned about “Respect for People.” He should also have learned this from the research that he did for the books The Machine that Changed the World and Lean Thinking – specifically, the 1983 book Toyota Production System by Yasuhiro Monden and numerous other sources, including workers, sensei, and executives at NUMMI and Toyota, as well as sources dating back to the earliest days of industrial engineering upon which TPS is based (see paper by Morris Cooke and book by Lillian Gilbreth). Both Womack and Jones should have learned about “Respect for People” from their MIT research associate John Krafcik, a former NUMMI employee and who coined the term “lean,” and a few years later from their close colleague John Shook, a Toyota and NUMMI veteran. But, apparently, they did not.

In my research papers and in my books, and also on my blog (1, 2, 3, 4, 5, 6, 7), I have written extensively on how information about “Respect for People” has long been in existence, from ex-Toyota sensei, in numerous books, in a noteworthy journal paper, in dozens of speeches by Toyota leaders, and other sources. Most recently, I shared a 1991 document from a NUMMI employee (here) that showed the contrast between GM and Toyota beliefs and values, and which highlighted the importance of “Respect for People.” Again, the information, in one form or another, has long been in existence. 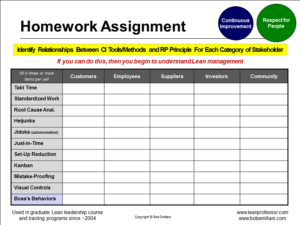 One wonders if “Respect for People” had been recognized and presented explicitly at the start, in 1988, would the spread of Lean and its impact on employees, suppliers, and other stakeholders have been more favorable. Meaning, less damaging to employees (layoffs) and suppliers (price squeeze), and more favorable to investors (higher returns) and communities (continued presence and growth). TPS must be mutually beneficial and do no harm to stakeholders. Unfortunately, the same cannot be said of Lean.* The important relationships, shown in the image at right, remain largely unknown.

As James Womack and Daniel Jones are the “owners of Lean” (something Raphael Sagalyn told me long ago) and its most visible and enduring proponents, I believe they owe the Lean community an answer to the question, “Why did ‘Respect for People’ emerge only recently as a feature of Lean management?”

Maybe they owe the Lean community an apology as well.

* The Lean Enterprise Institute, Lean Enterprise Academy, and other organizations that promote Lean management could easily adopt a strong yet simple policy statement such as this:

“In our efforts to advance Lean management, we recognize two long-standing, inviolate principles, ‘Continuous Improvement’ and ‘Respect for People.’ Fundamental aspects of the ‘Respect for People’ principle include assurance by top management that no employee will suffer unemployment as a result of continuous improvement and the establishment of a ‘no-blame’ policy. Stakeholders (e.g. employees, suppliers customers, investors, and communities) shall not be treated in zero-sum (win-lose) ways because doing so is inconsistent with Lean principles and practices.”