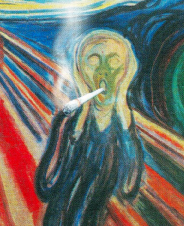 In the previous blog post, Something Revolutionary Sees as Ordinary, I discussed how the representation of Lean as a means for wealth creation is a simplistic and conformist narrative of both the outcome and purpose of business that undercuts the revolutionary nature of the Toyota Production System and The Toyota Way.

This blog post picks up on the revolutionary nature of the Toyota production system (TPS) and The Toyota Way, but in its ever-evolving form, not in the fixed form as most people comprehend it – particularly from reading books.

It seems Toyota leaders have long had a distaste for Toyota people writing certain things down in book form. Taiichi Ohno reportedly upset some (many?) people inside Toyota by writing the book Toyota Seisan Hoshiki (published in 1978; English edition Toyota Production System published in 1988). Publication of the internal document “The Toyota Way 2001” also reportedly upset some people inside Toyota. They felt that TPS should not be reduced to a fixed form as a book or similar document – particularly one that is available to the public. Instead, it should be passed from person-to-person. The leaders of Shingijutsu USA had similar reservations about the books that I recently co-authored, and about future book projects that I would like to do.

What’s the matter with writing things down? Don’t people benefit by reading something important in long form narrative? Does it not help people? How can it possibly hurt?

Indeed, people do benefit from documentation of important concepts, principles, methods, and practices. Books are a resource to learn from and return to again and again to reinforce past learnings and to discover new learnings. They preserve knowledge for future generations and help us understand the past. But, they have limitations that most people do not recognize or care about.

For example, books on Toyota’s production system do not convey the human cognitive and emotional aspects necessary to succeed such as: spirit, curiosity, energy, enthusiasm, drive, grit, perseverance, challenge, and fun. Nor do they convey the levels at which these characteristics must be present in both leaders and followers over the long-term. None of the popular books on Toyota’s production system available between 1983 and 1996 conveyed these critically important human characteristics (and which I have sought to correct in these three books: 1, 2, 3). This, I think, accounts for the limited, mechanical way in which people understand and apply Toyota’s management principles and practices, and the poor results that are typically achieved.

In addition, an author cannot write about every important detail, as this would add dozens or hundreds of pages which, in turn, would further limit the book’s audience. And, an author may be implicitly aware of some details but fail to recognize them as something important that should be made explicit to readers. Importantly, one must never forget that a book represents the author’s understanding of the subject at the point in time where the book was written and published.

So while the subject matter of a book may be new and informative to a reader, it actually represents past knowledge from the author’s perspective. Few authors add a qualifying statement to the Preface of their book that says: “This is the subject as I know it today.” Doing so would convey the idea to readers that the subject matter and the author’s knowledge of it are fluid; that it grows and evolves over time, and that readers should do likewise with what they learn from the book.

Books have at least one significant negative attribute that, in the case of  TPS and The Toyota Way undercuts learning: They easily fool readers into thinking that what they have learned is fixed or immutable. That, coupled with the typical business mindset that is overconfident in what one knows, means that one’s knowledge or understanding is unlikely to increase over time. Learning atrophies, and the heart and mind become sterilized against new knowledge. As both a Lean practitioner and a university professor, I worry about this. Do you worry about this in your capacity as a Lean consultant, trainer, or practitioner?

The Toyota production system and The Toyota Way must be experienced first-hand, and they evolve over time as one directly interacts with them every day. Writing down TPS and The Toyota Way has the potential to defeat learning, when, in fact, its intent is to forever expand learning. Trepidation about reducing TPS and Toyota Way knowledge to book form is well-founded.

I, along with many others, have written much in an effort to give readers clarity around various facets of Lean management. Yet, in most cases, the outcome is for readers to think they know far more than they actually do. Thinking you understand something is the enemy of learning. It is an illusion of understanding that limits one’s curiosity, efforts to expand their practice, and to deepen their understanding of the Toyota production system and The Toyota Way.

The result of this arrested learning and development is a broad-based conformity to popular opinion about what of TPS and The Toyota Way are. Conformity to popular opinion comforts people and reassures them that what they know is correct because so many other people agree with them. The effect of this is to not only limit one’s learning, likely colored by numerous misunderstandings (the dross of learning), but resistance to anything that does not conform to popular opinion. The cost, therefore, is dramatic: A failure to learn and a failure to evolve over time.

Some influential books tell us that Lean is how corporations can create wealth. From my previous blog post, it should be clear that, at best, it is a misunderstanding to present TPS and The Toyota Way (Lean) as a method for wealth creation. At worst, it is a misrepresentation. Wealth creation is a useful byproduct, not its purpose.

If the purpose of Lean is, in fact, wealth creation, then it can be said with certainty that Lean management is something quite different than TPS and The Toyota Way. Each one leads to different thinking, different actions, and different learning, which results in different outcomes. One offers the illusion of understanding. The other does not. One evolves and the other does not.