The One Difficult Thing Hypothesis

Given what we know today about the benefits of Lean management to organizations and people, it is surprising that Lean is not widely recognized as a much better alternative to conventional management. Neither CEOs nor workers demand Lean management as a solution to their problems. As a result, there is low demand for Lean from CEOs and virtually no demand for Lean from workers. How can this be? Surely Lean is capable of providing effective solutions to the needs of CEOs and workers alike.

Perhaps it is because Lean management, rooted in Toyota’s management practice, makes assumptions about people that may not be widely true. It assumes that people, working in organizations as paid salary or hourly professionals, want:

It could be that a great majority of people prefer to be told what to do by their boss, want less responsibility, view teamwork as unnecessary and unattractive, and learning new things not something of great interest. Workers’ role models, upper management, often reflect these characteristics. In addition, the general mode of operation for leaders over the last 30 has been to be self-serving; to personally gain at the expense of other employees and the organization (example: the large CEO-to-worker pay gap).

And then there is the odd effect of hierarchies in organizations. Humans have been part of hierarchies for millennia, in large part as a means to respond to intergroup conflict. We have all heard the cliché, “business is war.” Many leaders actually believe that. Organizations can engage more effectively in business battle if they grow larger and more complex in capabilities and in the division of labor. This increases the odds that they can defeat the competition – or so they think.

Could there be an evolutionary basis for people’s disinterest in Lean as a potential solution to their problems at work? Over the millennia, it seems likely that the risks and benefits of existing in multi-level hierarchies have been clarified and encoded into our brains. One practical consideration for people in organizations is to avoid conflict with each other. The wise course of action that we have learned over time is to know our place, do as we are told, and stay focused on task. To do otherwise risks conflict with peers and powerful people up the hierarchy. The larger the organization, the greater the hierarchical pressure to conform, thereby avoiding blame for failure and also avoiding the possibility of deeper humiliations and punishments.

In addition, multi-level hierarchies by definition have an unequal distribution of power. This results in distrust, for which loyalty (“do as you’re told”) is an easy and effective antidote. Unlike small social groups which tend towards being egalitarian (equality), large organizations are inegalitarian. The resulting large inequality in social and economic standing make low-ranking members less likely to want to think and be creative, and high-ranking members more status quo oriented so as to not upset their own social and economic standing. In this way, both low- and high-ranking members selfishly pursue their own personal interests.

It could also be that over the last 30 years, and because of distrust between management and labor, that Lean is viewed by employees as a way for management to expand inequality in a hierarchical system that they see as rigged against them by design. Consequently, employees would much rather put their nose to the grindstone, work on their assigned tasks, with little desire to do much more – but knowing with certainty that they will be rewarded for doing that.

People likely perceive autocratic rule to have valuable benefits in the form of a reduction in the consumption one’s own physical and mental resources. For example, less need to think, less responsibility, and the ability to remain focused on one’s knowledge and skills that they have struggled over many years to master. Conformity is a survival mechanism in hierarchies (and is rewarded via promotions), while thinking for one’s self and trying new things risks survival. Maslow’s hierarchy of needs, to the extent that one believes in that, can be satisfied by leaders without Lean management. Satisfied well-enough, though obviously to a low standard.

There is, possibly, another important factor: Workers’ desire to remain focused on the knowledge and skills that they have struggled over many years to master.

We all know the great difficulty that people have in understanding Toyota’s way of thinking. This difficulty applies more-or-less equally to people at all levels in an organization, from CEO to shop floor. For many years, we have searched for explanations ranging from simple deductive reasoning to performing detailed root cause analyses. The result of these efforts are a wide range possible causes to explain the observed effect. Complicated problems lead to complicated solutions, which, in turn, reduces the likelihood that they will be effective.

Perhaps this complicated problem can be explained in a simple way, which could, in turn, lead to a simple solution. 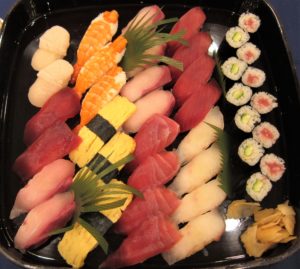 I have a hypothesis which I call “The One Difficult Thing,” and it is stated as follows:

“People commit to doing one and no more than one difficult thing.”

Becoming a professional musician or athlete. These require huge dedication, and often we hear that great musicians or athletes are not good at doing other things that are important (such as the business of music or personal finance). Musicians can do only one difficult thing well, play piano, but not two difficult things, such as play piano and trumpet. A similar situation exists for athletes. Engineers or other types of technical occupation require a lot of focused education and training. The same is true for people who aspire to run a company; the one difficult thing they are good at is getting to the top. Each of these occupations requires ongoing learning to develop and maintain or expand one’s skills.

It is akin to Newton’s First Law of motion: “…an object either remains at rest or continues to move at a constant velocity, unless acted upon by a net force.” A person stays at rest, complacent in their skills and capabilities, or is in motion developing their “One Difficult Thing” skills and capabilities. Hierarchies help assure that forces do not act on employees. TPS is a force acting on all employees in ways that change trajectories in thinking, learning, doing, roles and responsibilities, policies, processes and results, etc., that most managers do not want or care to understand.

Of course, you can think of exceptions. In my own career, I went from a narrow field of engineering for which I was educated to manufacturing (learn by doing) to supply chain management (also learn by doing), and finally to higher education (learn from other’s bad teaching). Each move to a different field consumed tremendous physical and mental resources. Throughout each of those career changes, there was, at core, only one difficult thing that I was committed to doing.

When Taiichi Ohno says: “… those who decide to implement the Toyota production system must be fully committed. If you try to adopt only the ‘good parts’, you’ll fail.” (NPS: New Production System, I. Shinohara, Productivity Press, Cambridge, MA, 1988, p. 155). That means, people must commit themselves to doing this one difficult thing. That, in turn, raises an important question: “Do I want to remain committed to my one difficult thing – getting to the top (for example)? Or do I want to abandon that and commit to doing one new difficult thing – TPS?” It seems that for most people, the answer is easy: “No.”

So what is a possible countermeasure to get to “Yes!”?

If you have ever visited Toyota or Honda, you will notice many things that management does to create a more egalitarian work environment, despite the obvious existence of multi-level hierarchies. These are not necessarily “Lean” features (and many have actually never been part of the Lean construct), but they are extremely powerful in helping to create an “us and us” – as opposed to “us vs. them” – workplace: Small teams, lots of face-to-face interaction, same uniforms for everyone, same dining facilities, profit sharing, everyone’s ideas have value, no-blame policy, strong focus on training and skill development, promotion based on merit, managers’ offices on the shop floor, and daily presence and engagement by senior managers. I don’t see such things in any of the Lean businesses that I have visited. The closest match was The Wiremold Company from 1991 to 2003.

These are simple solutions, provided, as Ohno said, the leader is “fully committed.”