The Start of Lean Leadership

How and when did Lean leadership become separate from Lean production and become its own distinct area of study and focused practice?

Well, in the mid-1980s through mid-1990s, all anyone really knew or cared about was “JIT” and “Lean production,” the term introduced by John Krafcik in 1988. People’s focus was entirely on Lean in operations and on Lean tools and methods. The unique mindset and leadership capabilities necessary to lead Lean production (and later, Lean enterprise) efforts did not exist in any explicit form. Lean leadership was not well understood by even those who had pioneered its application in companies outside of Toyota.

In July of 1994, I transferred from Pratt & Whitney’s engineering department in Florida to their Connecticut manufacturing operations. I participated in my first Shingijutsu kaizen a month later, followed by several more in the year thereafter. I had spent the prior three years reading lots of books and papers on leadership theory and practice and Eastern philosophy. I did this as a personal interest and self-study activity to improve my own leadership skills at work. As a result of what I had learned, I was able to make connections between what I had read, how I led people in practice, and what I learned in Shingijutsu genba kaizen.

I soon figured out how the Lean tools and methods taught to me by Shingijutsu sensei could be applied to improve one’s leadership skills and capabilities – especially my own. I called it “continuous personal improvement.” Nobody was thinking of Lean leadership in that way then. The only thought was how to apply Lean tools in production to reduce costs, improve quality, and shorten lead-times.

Near the end of the day’s program, I gave my presentation to the 150 or so people in the audience (click on the image to view my presentation). Though it was well-received, I could sense that people found it to be a strange and unusual way to think about leadership and how to improve one’s leadership capabilities. It was different that the Western view of leadership that my peers were familiar with. This was the beginning of my two-decade effort to understand and develop the concept and practice of Lean leadership. So, as far as I know, the start of Lean leadership as its own distinct area of study and focused practice began with me in 1995.

A few years later, I formalized the thoughts on the presentation and wrote my first paper on Lean leadership titled “Continuous Personal Improvement,” and was published in 1998.

Remember, at the time, we had precious little documentation from Toyota to help us understand how they understood and practiced leadership and leadership development for their production system. But, there were some books translated into English that once could easily deduce clues from — such as “Respect for People” (a constant theme) — and I found that my ideas on Lean leadership were closely aligned with theirs. Importantly, it was the Shingijutsu training on genba kaizen and the conversations at dinner with sensei that filled in many blanks about the thinking behind TPS and the ways in which Toyota managers led people.

Sadly, it was not until 2008 that people started to take an interest in Lean leadership. That interest gained traction in 2010 and has grown stronger in the last few years. As the “father of Lean leadership” and as a 20-plus year advocate of the “Respect for People” principle, I cannot help but lament how long it has taken people to realize that these are fundamental to Lean success. We cannot change the past, but we should constantly reflect on those people — good and capable employees — who have experienced harm (e.g. layoffs) by leaders’ improper understanding and practice of Lean management. The Lean community must strive to do far better in the future. 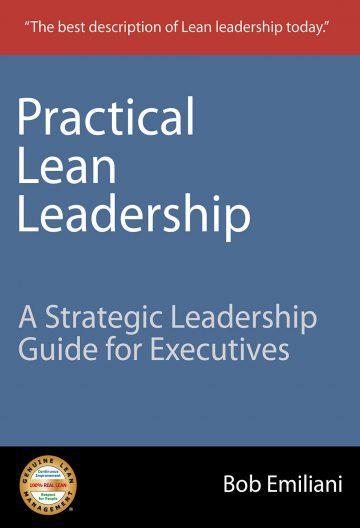