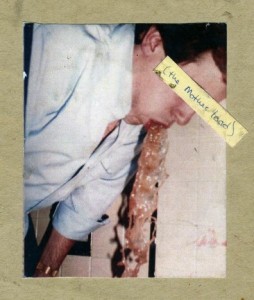 Why do people have an almost instinctive negative reaction to management innovations that affect their work, especially anything that might result in higher output? The negative gut reaction that workers have towards modern progressive management, ranging from suspicion to outright disdain, reduces the appeal of progressive management and one’s ability to advance it within a company or as a broader movement.

For many years, I thought visceral disdain for Lean came from what people heard about, read about, or experienced. This, in turn, generated the same six criticisms of progressive management among workers, since the beginning of Scientific Management in the late 1800s through Lean management today. Workers fear that progressive management will hurt them by:

A close reading of early books critical of industrialization and the early forms of progressive management reveal a different origin, one that is deeply encoded in the human brain. The critics focused on many aspects, but gave special attention to division of labor, the drift away from craft production, and the growing use of standardization and complex machinery in modern industrial production. It seems that removing craft from work, de-skilling workers, is a more significant concern than anyone truly realizes. Why?

Craft production represented much more than just craft. It represented work as an integral part of humanity: life, relationships, bonds to the local community, ingenuity, a sense of worth, fulfillment, the continuance of life, and so on. And, the writings of the late 1800s and early 1900s included reference to virtues common among all religions such as humanity, honesty, justice, sacrifice, effort, and altruism. Standardization, in particular, turned noble craft work into something vulgar because of its sameness in work and in product and, especially, because of the loss of humanity in something so fundamental to life as work.

Think about this: For all of human history, craft production was the way things were made and spawned simple principles and mechanisms for honest trade among people. Then, in only the last 250 years, machines and industries were developed to facilitate production and new methods for conducting business transactions were created, both of which became more sophisticated over time. This fundamentally and greatly changed the nature of work that humans had experienced for tens of thousands of years.

What humans had long known – small scale output, small batch processing, simple tools, simple machines, all employed for the purpose of survival or, later, earning a living – was disappearing. The link between the producer, an individual, and the consumer, another individual, was changing. (Perhaps this explains the revival of the craft movement in recent years).

The post-Civil War period saw industry grow and business methods change, from doing work simply to earn a living to profiting from investment in goods (trade) and industrial production, and the development of strategies (often dishonest) to gain advantage of one business over another business. Work that in the past was done by one person from start to finish, was now done by a “concatenation of industrial processes” focused on profit-minded ends.

The scope and scale of business grew and led to more complicated business strategies to obtain scale and monopoly power through consolidation. Batch-and-queue processing grew ever larger in scale, and then along came progressive Scientific Management in the early 1900s, whose purpose was to increase the productive output of companies and entire industries to satisfy the demands of a growing population, and whose intent was to do good things for the country and improve the lives of workers.

The demands on workers steadily increased and were more closely scrutinized by management. The notion of machine efficiency transferred to a new idea of human efficiency thanks to Scientific Management, where the stopwatch was first introduced. Work became more closely regulated and workers came under closer surveillance than ever before, in part to achieve greater financial gains for the owner. (Note that while Scientific Management sought to secure greater financial gains for workers as well, that often was not he outcome due to the greed of owners and managers). Workers became a small cog in a large machine of someone else’s design and for someone else’s benefit.

As money became the controlling factor in management decision-making, differential interests quickly emerged. Much in the same way there was a division in labor, there became a division in interests from historical norms. The interests of business and industry (“pecuniary interests,” i.e. money-making) increasingly diverged from the interests of individual workers and the community.

The profit motive of business induces a condition in leaders called “dissociative intellectual complex” (DIC), wherein money (costs and profits) takes on a far greater importance than people, especially workers. Of course, business leaders were not all the same in how they viewed people and money. Then, as today, there is a spectrum of DICs. Generally, however, business leaders’ strategies sought to put competitors at a disadvantage, and so the same thinking would soon apply to workers: Labor became capital’s competitor. And capital was, in the long run, destined to win because the deck was stacked against workers as a result of the influential classical economic principles that owners hewed to.

This, in turn, led to a chronic state of derangement among business leaders that impaired the relationship between labor and capital and resulted in exploitation of workers. Personal relationships and other important values long associated with work, were disrupted. No longer would the individual producer, the craftsman, have a relationship with the individual who buys and uses the product (or service).

Improvements in business processes, mechanical and otherwise, promoted greater interest in profits and less interest on the how modern management practices affected workers. Owners were largely untroubled by negative human impact until forced to recon with it as labor unions arose.

Division of labor, standardization, large scale batch-and-queue processes, and mechanization offered nothing in the way of restoring humanity to work, other than work rules negotiated in worker’s behalf by labor unions, because management continued to suffer from dissociative intellectual complex as the profit motive remained the controlling interest. Then, along comes the idea of flow in the early 1900s. It too offers little in the way of restoring humanity to work operating under the rule of “division of labor” – that is until Toyota Motor Corporation comes along.

Toyota engineers, with input from other sources, developed a new process through trial-and-error that helps with the goal of achieving flow while simultaneously, and to an acceptable degree, helps restore humanity to work – especially if the new process is practiced on a daily basis. That process is kaizen. This new process, kaizen, is craft work. It respects workers and other people, and importantly, is required if one wishes to achieve and improve flow. So, kaizen is sympathetic to both the daily needs of workers and the needs of business owners, as the enterprise struggles to satisfy customers’ ever-changing wants and needs. This is why kaizen – Toyota-style, traditional industrial engineering-based kaizen – is so important.

Yet, kaizen alone cannot engage human affection for craft work and connectivity to other humans that is deeply encoded in the human brain. Something more is needed, which must be supplied by top managers, but often missing. That is, leaders who are free of dissociative intellectual complex. If DIC is present, workers will be deeply and forever suspicious of management, and may even think that their desire to improve productivity is a conspiracy to de-humanize workers, speed them up and burn them out, de-skill them, take away their knowledge, take away their creativity, and, ultimately, cost them their job. This outcome is a fait accompli when top managers adopt progressive Lean management while simultaneously suffering from dissociative intellectual complex wherein the profit motive remains their controlling interest. The commonplace nature of Fake Lean is workers’ worst nightmare come true.

However, not all managers are afflicted by DIC, and this is what workers need from management and which must accompany Toyota-style kaizen. Some (not many) business leaders see profit as a consequence of work done well, which means that people, especially employees, come before profits. This of course, does not negate the importance of profits – far from it. What it actually does is establish the correct priority and relationship so that the business can continuously adapt and improve in response to changing times made possible by workers who are engaged in their work as a craft, thereby resulting in profits when times are good and when times are bad. Workers can go about their daily craft work with human contact in an industrial system of divided labor and standardization that is enmeshed with a great variety of modern mechanical and electronic machines.

It is clear that Lean management takes root and prospers only in those organizations where the top leader does not suffer from dissociative intellectual complex. This view, scarce as it is, is the result of one’s own intellectual reasoning. However, it can sometimes be brought about by top business leaders’ participation in kaizen led by an exceptional kaizen facilitator with great wisdom and experience.

We admire the company Toyota, but what that really means is that we admire the people of Toyota and those who contributed to the creation of its management system of which kaizen, craft work, is integral. Taiichi Ohno and many others solved an immensely important problem, while not perfectly, but in a way that is responsive to the fundamental nature of humans and their relationship with work and with each other. It is now clear why workers have visceral disdain for Lean.

My next blog post will address how capital and the rise of some new economic concepts helped destroy craft work and diminish human relations.

Origins of Lean Management in America