What is Lean Management? 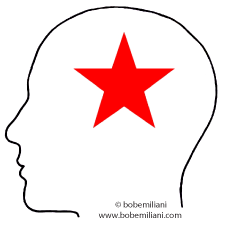 What is Lean management? Many people offer definitions, but efforts to define it, while well-meaning, serve only to disable people’s ability to understand it which, in turn, impairs their ability to practice it (the same is true for the “Respect for People” principle). Isn’t it odd that definitions of Lean, whose intent is to clarify, compel people to think less about what Lean management actually is?

To understand Lean management, one must first travel back in time. Scientific management is the predecessor upon which Lean management is built, and the origin of industrial engineering methods that were critical to the development of Toyota’s production system. Scientific Management was immediately and widely misunderstood by both managers in industry and the public, despite the definitions provided. Unfortunately, we face this same difficulty with Lean management.

In his 1911 book, The Principles of Scientific Management, Frederick Winslow Taylor said:

“…scientific management consists in a complete revolution in the mental attitude and the habits of all of those engaged in the management, as well of the workmen.” (page 131)

In testimony to a subcommittee of the U.S. Congress on January 1912, Taylor said:

Is it not also true that A3 reports, value stream maps, and all the other tools and methods are likewise useful adjuncts to Lean management or other systems of management? Taylor continues:

The emphasis Taylor places on scientific management being a “mental revolution” aligns with Taiichi Ohno’s thinking. In his book Toyota Production System (1978 in Japanese, 1988 in English) the last section of Chapter 1 is titled: “A Revolution in Consciousness is Indispensable.” While the revolution in consciousness that Taylor and Ohno both referred to were different in the detail, at a higher level they were coincident: science and experiments (facts) replacing opinions, efficiency, synchronization, cooperation, shared interests between management and workers, growth (not layoffs), and better outcomes for all.

“The Toyota production system represents a revolution in thinking. Because it requires us to change our way of thinking in fundamental ways, I hear strong support as well as strong criticism. I find that the cause of such criticism is insufficient understanding of what the system is.”

“Scientific management has nothing to sell. Scientific management is not something which can be bought in a box. It is not something in the nature of a drug that one takes, and feels better. It is not a card index. It is dependent upon no single mechanism. Nor is it a combination of any number of mechanisms. It is not a system of keeping costs, as our friends in the printing industry sometimes think. Nor is it a method of paying wages, as members of the engineering profession have sometimes held.” (p. 481)

This “mental revolution” and “new state of mind” is troublesome to managers. It does not sit well with the old management mindset that existed with managers then and which exists with managers now. Because of this, they are difficult to bring around. In his testimony to Congress, Taylor said:

Is it not true that today, that we have more trouble with management than we have with the workers?

“The very notion of a completely integrated, scientific system for the factory was a distraction [to businessmen]. The truly ‘scientific’ standard for ‘an honest day’s work’… could not be established and maintained unless the entire factory was systematized. Yet most business firms, as Taylor himself once noted, need only be more efficient than their competitors. This was one of the reasons that businessmen preferred efficiency stunts, devices, and mechanisms to a complete system of scientific management. The adoption of a complete system was often not the most profitable use of investment capital. Here… commercial efficiency did not automatically come first. The system should be adopted, Taylor’s most orthodox disciples asserted, even when it might not be a paying investment.” (pp. 16-17)

Haven’t we long experienced the same difficulty with business leaders?

If there is one thing Lean advocates need to understand about business leaders, it is that efficiency (improvement) does not automatically come first. Their view, the old management mindset, of improvement is promiscuous. Their relationship with different improvement tools and methods is indiscriminate and one of convenience, to satisfy a financial itch that comes and goes with the business cycle or the sales cycle. Unlike Ohno’s most orthodox disciples, top managers do not need to adopt the full system to be satisfied.

So, then, what is Lean management? It is a “mental revolution,” a “revolution in consciousness,” a “revolution in thinking,” a “new state of mind.” Lean management gets you when you bring the principles and laws of science to management throughout an organization, for the betterment of humanity. If business leaders agree that survival of the organization is one of their most important duties, then the old management system must give way to the new. A “mental revolution” should be more attractive to them to than endless promiscuity. The former uplifts humanity, while the latter periodically leads to life-threatening business ailments.