What is Lean Without Respect for People? 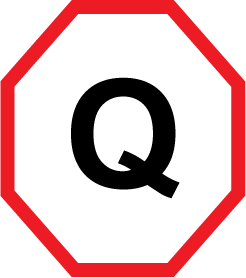 What is Lean management if, for all practical purposes, there is no “Respect for People” principle to complement “Continuous Improvement?” The answer is, not much. The thing that makes Lean different, special, and extremely powerful has been removed.

“Lean,” the generic term for TPS, quickly became a synonym for “continuous improvement,” devoid of Toyota-style kaizen and “Respect for People.” Lean is widely seen as a collection of tools to improve processes, typically in haphazard fashion. And, in actual practice, Lean typically lacks the goal of material and information flow, which, in turn, does not challenge one’s thinking nor does it develop human capabilities to any significant extent. Without “Respect for People,” the product known as “Lean” has a massive quality problem.

To most people today, Lean is just conventional management with some new tools added to it, applied in the usual zero-sum way to assure the company wins at the expense of its external (and sometimes, internal) stakeholders. That is a terrible result, nearly 30 years after “lean production” was introduced to business leaders and the public.

Lean contained a serious design defect the moment it was introduced to the public 1988, when the goal of improving material and information flow was decoupled from “Respect for People.” For 20 years thereafter, the owners of Lean, James P. Womack and Daniel T. Jones, and many others, advanced a practice whose key element was missing. Lean, however, did not conform to the progressive management standard.

Leaving out “Respect for People” did not respect people.

As noted in my previous blog post, correction – actually, more like a product recall to fix a major safety defect, as far as workers are concerned – finally came in 2008 from Womack. Other organizations that promote Lean followed soon thereafter. But, correction was not strong until 2014. More lost time – six years.

When recalls occur, the response rate to fix the product is only about ten percent. The same may be true for Lean.