Why Do CEOs Hate Operations? 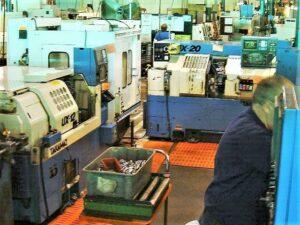 Prior to around 1980, the leaders of large corporations had a strong affection for manufacturing operations — the part of the business that makes money for the company by producing the goods that people want and pay for. Operations was widely seen as a noble part of the company that employees were proud to be a part of and executives were proud to lead. Post-1980, business leaders began to lose their affection for operations. The heartbeat of the business — the revenue generator — became the headache for CEOs. How did that happen?

Anyone who has worked in operations or who has observed how companies treat operations since 1980 knows it has been an unstable and difficult time. Decades of layoffs, outsourcing, and offshoring have made operations an undesirable place to work and difficult to recruit young people into many of the different jobs found in operations. Operations is constantly squeezed on costs as if they are the only function in the company that generates costs. Of course, other functions were later forced by executives to follow the same humiliating path as manufacturing.

Why is operations held in such low regard by executives? Operations is typically managed according to the batch-and-queue material and information processing method, which is chaotic. It results in an environment of constant unknown, turmoil, disorder, and surprises, all of which CEOs hate. In addition, CEOs in recent decades are more likely to have come from finance or function other than operations. Importantly, operations is the most tangible, fact-based (de facto) part of the business. It is reality like no other part of a business. As such, operations generates inconvenient truths which create unsettling contradictions to the CEOs theoretical conceptions of how things are. Rather than expose theories to the test of reality, CEOs preferred solution is to drive out disorder. The meritorious option of leading efforts to make order from chaos is rarely selected.

If one’s work prior to becoming CEO has for decades been in the intangible world of metrics and money, then the tangible world of technical processes and physical products is difficult to understand and appreciate. Therefore, it is easy to get rid of. In contrast, other functions process information or money, which are intangible (de jure), and thus more sympathetic to the CEOs way of thinking and comprehension. De jure is also (wrongly) perceived by executives as the domain of the higher-order thinking compared to the pedestrian thinking needed to make the products that customers want. In effect, de jure business thinking discriminates against de facto technical thinking and functions. It is a form of xenophobia — an aversion to the unfamiliar.

Because of these and other factors, CEOs think it is good and right perform “corporate autotomy,” which is self-amputation of the parts of the business that leaders find difficult to manage or a threat to their image of success. The autotomic (pronounced “au·tot·o·mic”) corporation does exactly what business schools teach: Convert fixed costs to variable costs, the nonsense of “core competencies,” and get rid of low value-added work. Operations always get cut because labor is not seen as an asset, neither capitalizable or depreciable. Getting rid of plants, property, and equipment generates cash (by sale or transfer), strengthens the balance sheet, reduces capital expenditures, and increases cash flow. It also gives executives leverage which allows them to apply “sharp practices” to suppliers that would be more difficult to apply to internal operations.

Operations is seen as little more than a property to trade (as are companies). Trading is far more interesting to CEOs than holding, developing, and improving — which most do not know how to do anyway. In addition, the corporation is always prey to other corporate predators (as well as creditors), so proactively cutting off parts such as operations (“anti-predator adaptation”) helps assure survival. Or so it seems.

Most CEOs think the raison d’être of business is to make money. This is the logic of ownership. The only problem is figuring out how to make money without the need to own chaotic manufacturing operations. Once operations is eliminated, the focus instead turns to pricing, selling and salesmanship, receiving and conveying information, and accounting for money spent and made. Money is a better representation of business reality than the industrious effort by people working together to make things.

Lean management has proven itself to be a better system of organizing and executing production and non-production activities. Yet, conservative-minded CEOs seem to still view Lean as a novelty, and, fearful of meddling by technocrats, continuously seek to suppress or disable it. Lean management, in its full form, is a menace to business-as-usual because it lies outside the logic of ownership and is incongruent with the rights of owners. Lean tools, however, do lie within the logic of ownership and are congruent with the rights of owners in requiring employees to use any tool which improves the work. That why the use of certain Lean tools is common in corporations and why Lean transformation is rare.

Lean is fact-based. Decades of empirical evidence indicates that a primary charge of CEOs is to guard against the intrusion of facts (de facto). Lean management inserts itself into the affairs of owners, which creates an unwanted challenge to owners’ authority that must be suppressed. Since 1980, and for the foreseeable future, CEOs see it as their duty to preserve these and other features of ownership, and demand that employees be uncritically devoted to the status quo. Clearly, the logic of business (de jure) and the logic of Lean (de facto) are not aligned. This weakens both the ability to advance Lean and the ability to defend Lean.

Perhaps CEOs will someday once again develop a strong affection for operations and see it as a noble part of the company that they are proud to lead. Their new focus should be to make people to realize an orderly, calm, and deliberate operations that makes things. In making people, they will replace the batch-and-queue production method with the flow production method. But for that to happen on a widespread basis, CEO have to abandon many of the traditions and benefits that they hold dear.