Lean people are quick to criticize organizations with no Lean. We occasionally call out and criticize someone else’s bad Lean – their Lean. But we almost never criticize our Lean. This is an abnormal condition: Overproduction of positive feedback about “our Lean.”

Look at social media and you will find the Lean cognoscenti congratulating each other for even the most insignificant of Lean accomplishments. The same happens at Lean conferences and similar events. A Lean bubble has been created where support for Lean must always be favorable and ebullient with homage paid to its patriarchs. Good intentions, however, are putting Lean management on the cusp of being seen as flim-flam: a confidence (con) game. 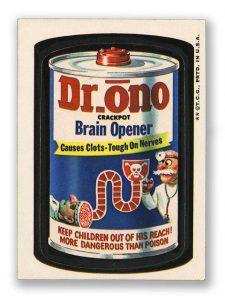 I went on to ask a series of 18 critical questions that challenged people to look at the facts, see reality, and begin to talk forthrightly about what ails Lean and the Lean movement (as distinct from Toyota’s management system). In other words, to recognize they are trapped in an ideological bubble. While we all share the same goal of advancing Lean, adherents to the ideology of Lean compromise that goal when they are unable to see and respond to the truth.

An ideology is a system of beliefs, values, and ideas that help people understand phenomena and guide their actions, and can function as a benefit or handicap, but typically both simultaneously. In Lean’s case, the ideology operated in beneficial forms for about two decades, but it has increasingly turned into a handicap. How so? An ideology functions as a handicap when it:

But more than that, ideology generates strong confirmation biases which filter out information (or people) that critically questions the ideology. At its worst, ideologies:

The result is a stale intellectual environment that cuts off doubt, inquiry, and dialogue — and therefore blocks needed progress. Theories and idealized conceptions overtake and derail empiricism because it becomes more important to sustain the ideology than it is to make adjustments in response to obvious realities and verifiable facts. The open and inquisitive mind, so much required for the effective practice of Lean, is surprisingly missing from the people whom you would expect to have it most.

Anyone who has closely followed my work can clearly see an evolution in my understanding of Lean management and how it interacts with the real world. I have sought to understand, across multiple dimensions and in minute detail, why real-world outcomes are so often misaligned with the prescribed ideology of Lean management. The negative response, particularly from the American Lean movement, reflects the current dysfunction of the ideology as shown in the lists above.

So where do we go from here? The people who cut off doubt, inquiry, and dialogue are unlikely to change. For them, stasis is the better alternative than changing one’s position and engaging the truth. Or, they will quietly move on to something new and leave Lean behind. So be it. But, I continue to press forward to expand my understanding of the minute details that have inhibited the advancement of Lean management. It’s a grand and challenging problem to work on.

Just look at the great progress made so far: My recent book, The Triumph of Classical Management Over Lean Management (February 2018), covers the economic, social, political, and historical factors that cause leaders to reject Lean management in whole or part. The blog posts listed below, written after Triumph of Classical Management was published, cover the business and philosophical factors (denoted by an asterisk), as well as other important related factors.

But the job is not quite finished. There is more to come.